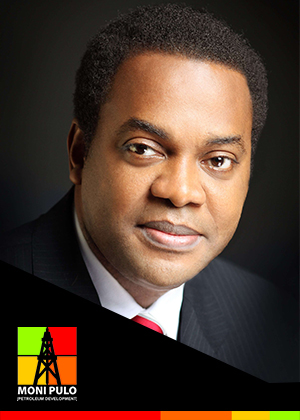 Donald Duke (born 30 September 1961 in Calabar) is a Nigerian politician. He was the Governor of Cross River State, Nigeria from 29 May 1999 to 29 May 2007 and the 2019 Nigeria Presidential candidate for Social Democratic Party, SDP.

Duke was born to Henry Etim Duke, and the second indigenous (after Ayodele Diyan) and longest ever serving Controller General (then referred to as Chairman board of Customs and excise duties) of the Nigerian Customs service.

He received his LLB degree in 1982 from Ahmadu Bello University, Zaria – Nigeria, the B.L in 1983 from the Nigerian Law School, Lagos and a L.L.M. in Business Law and Admiralty in 1984 from University of Pennsylvania.

At a period when the yearning for Democracy by Nigerians was at its peak and the economy plunged further down, Duke pushed for democracy and against military control. He stated; “What got the military out of power was not democracy but the dreadful state of the economy. If we, the democratic government, cannot deliver food for the mass of people we can forget about democracy.”

Duke received praises for his contributions to the fields of agriculture, urban development, government, environment, information and communication, investment drive, and tourism and making Calabar the cleanest city in Nigeria.

He initiated the Obudu Ranch International Mountain Race which attracted contestants and visitors from other countries. In 2005, he created a special reserve fund for the state meant to ‘‘hedge against economic downturn, and the inevitable rainy day’’. This was meant to cushion the effect of unforeseeable economic challenges that may occasion uncertainty in the state’s Internally generated revenue, as well as monthly allocation from the federal government.

He also initiated the Calabar Carnival which started in 2004 and is popularly referred to as “Africa’s biggest street party.”

Duke initiated the Tinapa Resort project as a way to boost business and tourism in the state. Over $350 million was spent on initial development before phase 1 opening in April 2007. BBC reported in September 2006 that Governor Duke was the only governor specifically mentioned as not being under investigation by the federal Economic and Financial Crimes Commission.

An Astute politician, he contested for the office of the president, Federal Republic of Nigeria in 2019 under the SDP.