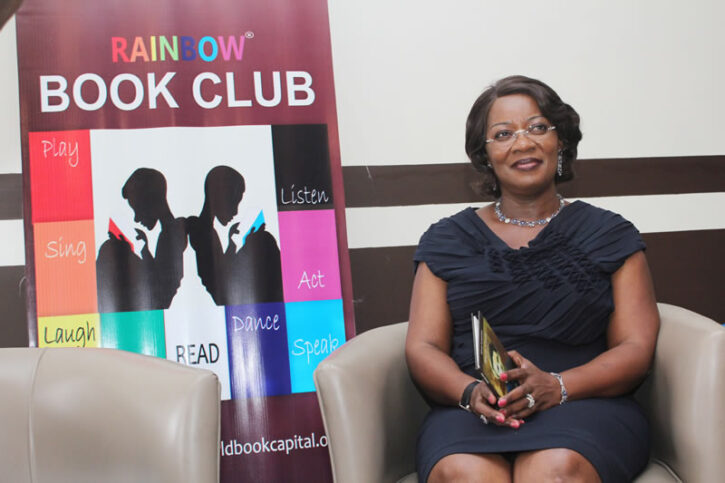 The Annual Port Harcourt Book Festival (formerly known as the Garden City Literary Festival) had its 6th outing from 21st to 26th of October 2013 at the Hotel Presidential, Rivers State. Organized by the Rainbow Book Club in collaboration with the Rivers State Government, the event was themed: Literature and the Creative Economy.

As part of MPL’s continued engagement with promotion of literacy and quality education; the Executive Vice Chairman of Moni Pulo Limited, Mrs. Seinye O.B. Lulu- Briggs who was a Guest Role Model at this event read the story of a famous female scientist: Marie Curie to children in order to inspire them. Past Guests Role Models include the Rev: Jesse Jackson and Nobel Laureate Prof. Wole Soyinka